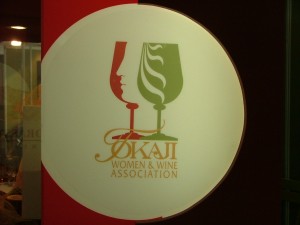 The Tokaj Women and Wine Association was founded in Mád on the 6th of December 2003, by 18 founders. The founding members are owners of wineries, oenologists, wives and daughters of famous winemakers, such as the wife of Mr. János Árvay, the winemaker of the year, 2003, or Ms. Gabriella Szepsy. One of the members is Ms. Gabriella Mészáros, known from the magazin Wine Guide.
The aim of the company is to make the fame of Tokaj wine more well-known in Hungary and around the world as well, and to preserve the traditions of Tokaj-wine growing and wine making. After all these, the members would like to make the gastronomy connected, healthy way of wine-drinking more popular. They hope, more and more people will join to this kind of wine-drinking and will rise the level of Hungarian wine-culture.
To achieve their aim, they are organising lectures, wine-tasting, Hungarian and international visits of wine-growing areas.
The founding members will do everything so that Tokaj-Hegyalja – which is the part of the World Heritage, and can well be called a national treasure – after being closed from the world for many decades, will have a well deserved public and professional support.
We are very happy to introduce the Tokaj Women and Wine Association and we are waiting for you in Tokaj-Hegyalja Hungary. 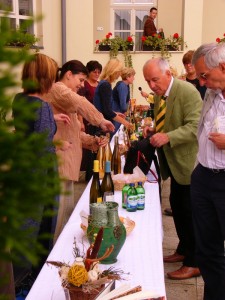 Archives
In June 2008 International Associated Women in Wine held the annual assembly in Founex, Switzerland. The meetings were followed by tasting sessions with wine made by women from the member countries.

The International Associated Women in Wine held its 6th General Assembly in Merano, Italy, on the invitation of Le Donne del Vino paralell to the Merano Wine Festival, on the 9th of November, 2007.

The Association held a tasting for the visitors of the 35th Tokaj Writers’ Camp 2007, so the people of literature can take nice memories with them from the wine region.

The Association took the exhibition of Zoltan Bakos’s photographs of Tokaj to the wine fair of the International Castle Games 2007. in Visegrád.

The Association participated on the Vinitaly exhibition in Verona at the Hungarian stand. It was great to show the wines of Tokaj to all those people, and to meet so many of those, who love Tokaj.

On 2007 february 3rd – The annual Charity Ball of the Association in the Tokaj Congress Center, and the grand opening of the exhibition of  Zoltan Bakos’s photographs of Tokaj in Tokaj.

On december 13th – The association had the grand opening of the exhibition of  Zoltan Bakos’s photographs of Tokaj in the Vármegye Szalon.

On the same say we also had a dinner composed for the most beautiful wines of Tokaj and Ménes historical wine regions in the Fortuna Restaurant.

On june 1-3 rd our association took part of the annual congress, and at the same time became a member of the International Associated Women in Wine, which was held as part of the Ampelos 2006 conference.

On february 18 th the Association organized its annual ball in the Hungarian Agricultural Museum.

On december 13 th 2005 the Association held a press conference at the House of Hungarian Wines. The event was part of the Tokaj wines’ month. The press release called everyone to click their glasses filled with Tokaji Aszú during the holidays and on new year’s eve.

The Association held a successful presentation in the Camp for Writers in Tokaj. You can find an article about it in Hungarian at deluxe.hu.

As part of the Weinwelt München 2005 exhibition the Tokaj Women and Wine Association participates at the general assembly of the International Associated Women in Wine, as a guest.

The Tokaj Women and Wine Association holds its annual assembly on the 27th of May, in Tokaj.

At the Vinitaly exhibition we introduced the wines of our members with success. The Béres Winery won a Gran Menzione prize.

We have also introduced the book Tokaj in the World Literature in the Petőfi Museum. where actors read out pieces about wines of Tokaj, and the wines of the association were also presented to the audience.

As part of the Tokaj Festival, the association held a presentation in the Tokaj Museum where the King Singers also participated.

As part of the Bordeaux wine festival, the Tokaj Women and Wine Association had a meeting organized by the International Associated Women in Wine and the French association Les Aliénor du Vin de Bordeaux. They visited the chateaus of the Les Aliénors’, shared experiences, and presented Tokaj wines.